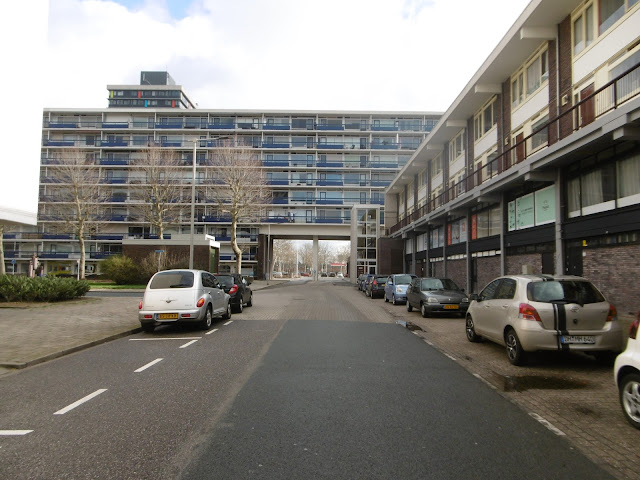 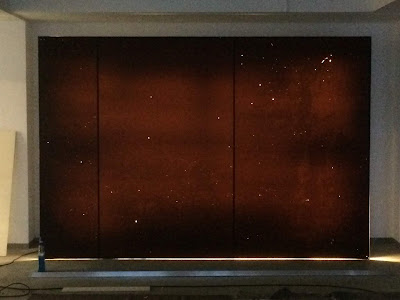 Meer lezen »
Posted by De Wereld Werkt in Arnhem at 13:04

RONALD CORNELISSEN: I HAVE NOTHING TO SELL

Ronald Cornelissen (Beverwijk, 1960) studied at AKV/St. Joost in Breda from 1983 to 1988, specialising in painting and monumental design. He has exhibited in The Netherlands, the US, Greece and France. A solo exhibition of his sculptures was shown at Museum Boymans Van Beuningen in 2010, under the title The Horseman's Kitchenette, (When Demons Cook). He had a duo exhibition entitled Ground/ground with Paul van der Eerden at Drawing Center Diepenheim in 2015. Ronald Cornelissen is represented by Galerie Bernard Jordan in Paris and Zurich.

When did you start drawing?
I used to draw a lot as a child, but I was never told you could make a career out of it. That realisation came when I went to art school in 1983, where I focused on painting and sculpture. My teachers there liked thick layers of paint. They also preferred paintings to be abstract. When I moved to Rotterdam three months after graduation, I began to realize more and more that this way of painting was not for me. I like to tell stories, for me it’s about iconography. My interest in art started between my sixteenth and twentieth, not fed by museum visits, but by music, comics and things from American underground literature. In art school, however, narrative was considered suspicious. If they told you your work was anecdotal, they meant you had a serious problem.

How do you know when a drawing is worth keeping?
The obvious answer is it has to be finished. The question is, though, when is a drawing finished? I keep pretty much everything I put down on paper, even when I feel a drawing doesn’t feel right. I keep all my drawings, bad or good. After a while, a year maybe, I’ll come across them again. Over the years I´ve learned you can turn a bad drawing into a good one. It´s something I like doing. When a drawing is no longer quite so fresh, I’m less nervous about screwing it up, as I´m less aware of all the time it took to get it to where it’s at. Also I usually work on a lot of drawings at once, that way it´s easier to let go of the idea that a particular drawing has to be ´good´. And I never make preliminary studies. That way everything is wide open when I start working, which is nice because in that phase drawing comes easy, you can’t go wrong really. As I progress it gets more and more difficult to manoeuvre, until I get stuck. And that is the stage a drawing must be at in order for to finish it and turn it into something I consider good. Now you have to come up with the right move. At this point I might make what you would call a study, a small version of what I have so I can try things out, often something quite arbitrary or perverse. You could say that’s rather adolescent of me, but I see something very vital in precisely such a seemingly mindless act at that point. It creates a tension between sophistication and crudity that I like a lot. It also tends to give a drawing something tragicomic and I like that.

How do you determine when a drawing is a good one?
In Japan they distinguish four types of manga artist: bad and good draftsman without character, and bad and good draftsman with character. The first two categories can be dismissed. The last category includes the true masters, obviously. The third category, though, should not be underestimated; it certainly has my warm interest. I love artists that still work in the so called ‘heta-uma’ style, such as Yusaku Hanakuma and Takashi Nemoto. In fine Art too I prefer work where the ugly or banal plays a meaningful role. I admire Franz West for that reason. Charles Bukowski once wrote: When the spirit wanes/ the form appears. That ties in with what I said about manga styles. One of the things that truly counts in a work is character. If that is missing, formality surfaces, the structural application of mere tricks. It’s important to avoid that, even though it can be difficult when you’ve been drawing as long as I have. Over time you get to know what works well; it’s tempting to fall back on that knowledge. If you do, though, predictability lies in wait. To avoid this I try to organise my work process so that I end up painting myself into a corner. In that way, an emergency jump becomes unavoidable. And that has to be exactly right, as I mentioned before. It’s precisely that leap that can open the way to unforeseen results.
Meer lezen »
Posted by De Wereld Werkt in Arnhem at 17:21